The other approach is exploratory data analysis (EDA). Here, there is not usually a fixed question of interest but rather a large dataset that we want to explore for interesting patterns. There may be some qualitative attempt to infer things from data that has not been seen, but that is not typically the focus.

We will start by looking at inferential data analysis this semester (a change from other times I have taught this course), with time to do more EDA pushed to the final section of the course.

You should also note that there is a third form of data analysis known as predictive modelling, most prominent within computer science and engineering. Here the goal is to make predictions about individual future observations rather than inferences about entire populations of objects or events. We may briefly talk about this form of analysis if time permits.

Let’s start with a relatively simple experiment. We will take 100 newly planted pea plants and place them under a white LED light. It will look something like this:

And then, we’ll take 100 newly planted pea plants and place them under a red LED light: 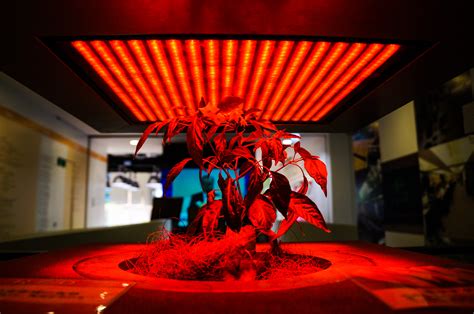 In all other respects the plants will be treated the same (same seed source, same water, same temperature, ect.). After 30 days, we measure whether a particular plant is still alive. Our research question is to determine whether pea plants grow better under white light compared to just red light.

What is the data from this experiment going to look like? One easy way to summarize the data is through a table such as this one:

Similarly, the probability of surviving under the red light in the experiment was measured as:

So, 60% of the plants with the white light survived and only 50% with the red light survived. The observed difference in probabilities in our experimental sample is, therefore, 10%.

Inference on a 2x2 contingency table

I said earlier that the goal of inference is to infer something about a larger population from the result of an experiment. So far we have only said something about the data that we actually observered. What we want to infer here is the effect of white versus red LED lights when the same parameters are applied to any set of pea plants (e.g., not just the 200 in this particular experiment).

I used the hat notation () above to indicate that the values are from a particular experiment. The values and are the “true” probabilites of survival if we repeated the experiment with every single pea plant seed in the world. We do not know these two values. What can we say about if we only know the value ? This is the question that much of statistical theory attempts to answer.

Let’s simplify our question a bit by focusing on a sub-question. Given the experimental evidence, how strongly do we feel that the “true” value of is greater than 0? That is, how certain can we be that white light provides better survival odds than red light?

One way to address this question is to start by assuming that the probabilites are equal and both are equal to 50%.

Then, we can use R to simulate what would happen if this were the case. Here is the code to select 100 values from the options survived and died:

Similarly, we can generate a set of values from the red light (assuming, again, that these are equivalent):

Then, the proportion of plants under a white light that survived is:

And the proportion of plants under a red light that survived is:

And the difference is given by:

We could compare our observed value of to this simulated value, but it would be better to have R generate thousands of examples for us and compare our to all of these samples. We can do this automatically 10,000 times with the following code:

We can see the first 100 values here:

And visualize them in the following plot (we will learn later how to make such graphics):

Now, how extreme is the value of that we observed in our actual experiment? In other words, what proportion of tests are in the black region in this plot:

We can compute this using:

So our observed value of 10 could occur just by chance about 8.8% even if there is no real difference between the lighting choice. This is not particularly strong evidence that red lights kill pea plants more than white light.

We have introduced a lot of new information today. I primarily want you to be familiar with the general approach and have a high-level understanding of the goal of inference for 2x2 contingency tables. Next class we will go through the exact same process but introduce the formal language of statistical inference.