As you have seen in examples already, we will be using the ggplot2 package for graphics in this course. The gg standards for the Grammar of Graphics, an influential theoretical structure for constructing statistical graphics created by Leland Wilkinson: 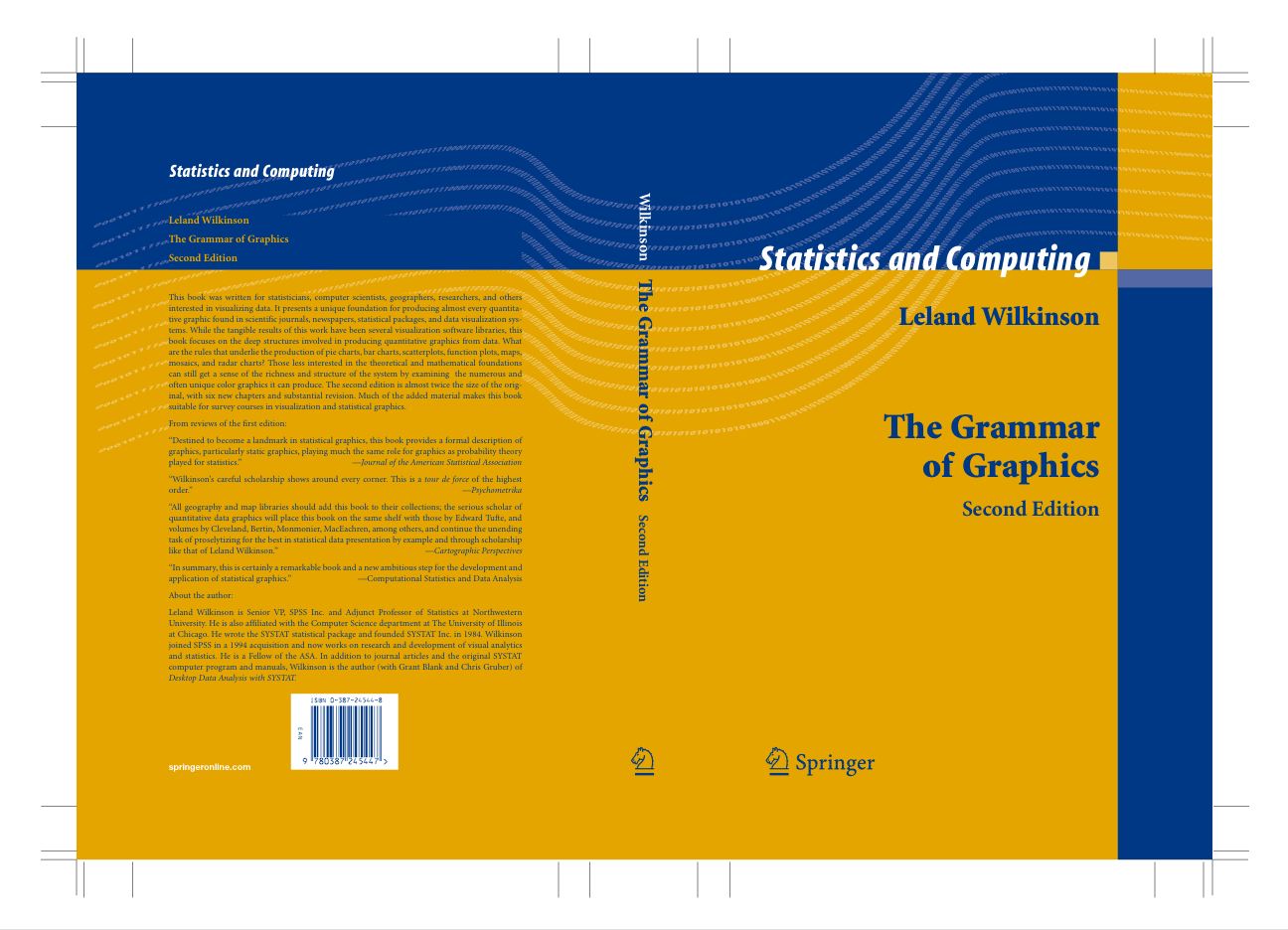 To build a statistical graphic, we will be building different layers that fit together to produce plots. Each layer requires three elements:

To illustrate these points, let’s look at a subset of the data that Hans Roslin used in the video I showed on the first day of class. It contains just a single year of the data (2007).

Here is a plot similar to the one that Roslin used without all of the fancy colors and moving elements.

Here there are four specific elements that we had to choose to create the plot:

The specific syntax of how to put these elements together is just something that you need to learn and memorize. Note that the plus sign goes at the end of the first line and the second line is indented by two spaces.

The beauty of the grammar of graphics is that we can construct many types of plots by combining together simple layers. There is another geometry called geom_line that draws a line between data observations instead of points (note: this does not actually make much sense here, but we will try it just to illustrate the idea):

But let’s say we want the points and the lines, how does that work? Well, we just add the two layers together:

Or, we could add a “best fit line” through the data using the geom_bestfit layer:

We will cover these types of modeling lines in more detail in the third section of the course.

The geom_text is another layer type that puts a label in place of a point. It requires a new input called the label that describes which variable is used for the text. Here we see it combined with the points layer:

Again, the specific syntax is something you just need to look up or memorize.

We can also have the plot compute summary statistics, such as the mean, for groups in a dataset. Here we see the mean life expectancy for each continent:

A special layer type within the ggplot2 framework, facets allow us to produce many small plots for each value of a character variable. It can be added onto almost any other plot.

Notice that the scales of the axes are all the same. Sometimes this is useful, but in other cases it is useful to allow these to change. We can do this by adding the option scales="free":

There are also options scales="free_x" and scales="free_y" if you would like to only allow one axis to change.